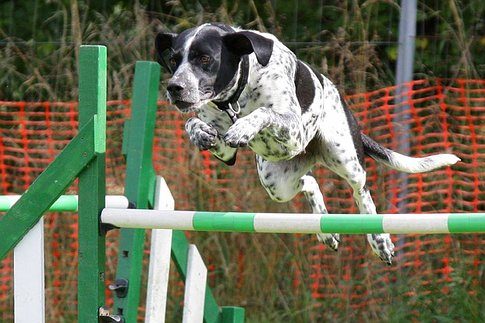 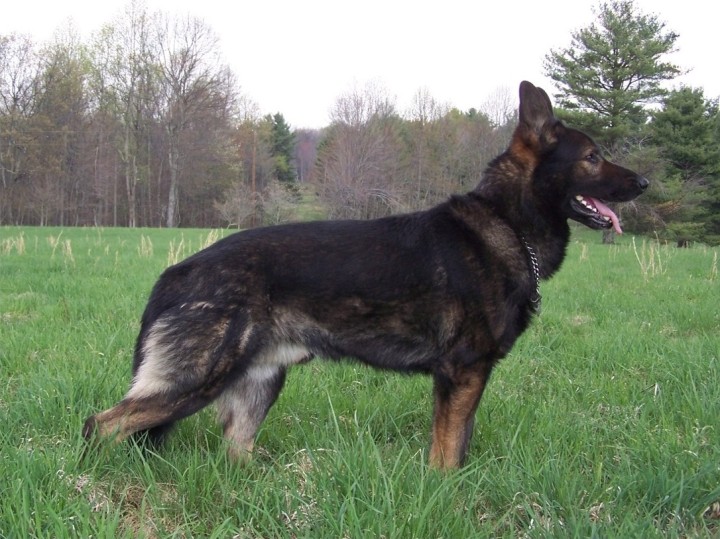 You might be thinking: Is there any difference?Start thinking temperament, confirmation, coloring and movement. So you’re undecided on which line of pups is best for you and your family. Asking yourself first if you want a working dog, family or show dog. Temperaments differ greatly. Start by making a list of all the qualities you are looking for in your shepherd. Pink papered imported  puppies from Germany are free of hip dysplasia and come from generations of parents that are free of hip dysplasia and that have Schutzhund titles.

History of the Western and Eastern Shepherd

From 1949 until 1990, Germany was divided into the Deutsche Demokratische Republik (DDR) in the East, and the Federal Republic of Germany in the West. The DDR, being a communist state under influence from the USSR, was kept separate from West Germany. This separation is what caused the split in German shepherd bloodlines that persists to this day.

The working lines in Czech were bred to have a high pain tolerance so that they could endure the hardships of protection work and border patrol. They are mostly black and tan, all black and sometimes sable in color.

To German shepherd breeders , their dogs working ability was most important, and then came the outstanding looks.

The West German show lines are the most popular worldwide. These dogs are mostly black and red and exhibit a fluid, ground-eating trot.

The Czech lines were originally bred in Communist Czech as state working dogs.

The bloodlines in West Germany were split between working line dogs and show line dogs.

It is important to recognize that the working line and show line German Shepherds from West Germany are vastly different.

Show line dogs are bred to be physically attractive, but lack the courage and strong nerves of a true protection dog.

Some people consider the West German lines to be superior, arguing that the DDR/Czech lines were developed before the split between working and show lines, and are not extraordinary in either discipline.

Both lines were recovered from the original German bloodlines after WWII, and both have been continuously built up and bred for working qualities over the past 60 years. The bottom line is that they are both working line dogs.

Showlines are a better choice for homes with children and working lines for protection work.

Many breeders have attempted to combine the East and West or American shepherds to achieve a lower incidence of hip dysplasia and achieve a strong work instinct and more refined show lines.

For tips on how to care for your Czech Shepherd:

How To Wash Your Dog?

The Best Flea Collars For Your Czech Shepherd

21 thoughts on “THE DIFFERENCES BETWEEN CZECH AND AMERICAN SHEPHERDS”